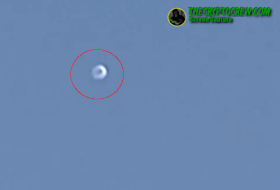 I was alerted to a very recent UFO sighting by my good friend and colleague Leon Drew. Leon was able to bring us all together so we could get the full scoop on the report.

The sighting took place yesterday (8/2/20) in Fremont County Colorado. There were multiple witnesses and we are thankful to have gotten to interview Ashley about the sightings.

What follows is our interview with the witness, the video she shot of the object and some opinions and reactions about the object.
First lets take a look at the video. Here is the video shot by Ashley.


You can also view it on Ashley's FB page by Clicking Here (Please note the video may be set to private or friends only, so if you are not on her list you may not be able to see it.)

Here is our interview/message exchange and thoughts.

TM: What was the shape of object
Ashley: It looked donut shape in our phones, binoculars and Orion telescope and the lights went around it one at a time.

TM: Where there any sounds associated with the object?
Ashley: No sound at all and it stayed in the same spot for about 30 mins before it started moving south

TM: About what time of day did you first see it?
Ashley: The first video was taken at 8:01pm, we must have been looking at it for at least 30 mins

TM: How many of you seen it?
Ashley: 10 of us at that house and then 4 friends down the road watched it the whole time through their telescope but couldn’t get any good photos.

TM: Did it change color or anything before taking off?
Ashley: Went from white to orange, almost like a fireball for a bit but then back to white then the clouds came. When it was that fireball look, it almost looked like a flaming eye.
Then all of a sudden a red plane came out of nowhere and started spraying going west, then one east, then one south and all of a sudden a cloud formed and we never saw it again. The clouds could have been from whatever the planes were spraying.

TM: So the planes were spraying while it was still sitting there?
Ashley: Yes and that’s when it started to move, was about 15 mins after that.

TM: Did it move out of sight or did the clouds hide it?
Ashley: It started moving then the clouds came and it was gone, we couldn’t find it again.

TM: What do you think it was? and where did the sighting happen --county and state.
Ashley: I think it was a UFO, like I’m not a huge UFO follower but there is no doubt in my mind. It happened in Fremont county Colorado.
Leon: Well Ashley it is a UFO exactly as no one can identify it, Is it alien space craft of some type we have no way of knowing.


During our investigation into this sighting, Leon saw where some one said  "It’s the star Vega."
Here is what Ashley thought about that theory.

Ashley:  It was absolutely not a star, it was stationary for a very long time, when other stars moved it didn’t and it for sure had lights under it, going off one at a time counter clockwise.

There was also talk that the "donut" shape was caused by the lens of the camera. We do know that the lens, while trying to focus, can cause the donut effect, but it is normally brief. In this case, I think we can rule that out based on the fact the donut shape was seen through different devices and by multiple people.

Ashley: It looked donut shape in our phones, binoculars and Orion telescope and the lights went around it one at a time

TM: Thank you for sharing the sighting with us.

Ashley: Thanks I’d like to know what people think and I don’t think it was that balloon, there’s no way!

I have also taken a screen shot of the object and attempted to enhance it some.
Here are my efforts. 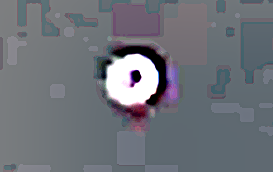 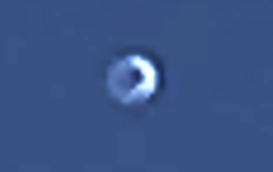 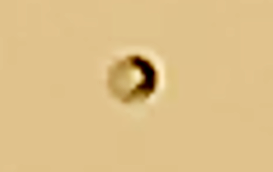 There has really been an uptick in UFO sighting over the last several month. There is a lot going on with the formation of Space Force and the Dragon spaceship making a couple trips to space recently. Then you throw in a worldwide pandemic and it could have got beings from other worlds interesting in what we have going on right now. So, who knows for sure but there has been a big increase in sighting reports.

This post by TCC Team member Leon Drew. Leon gallops the plains and rides tall in the saddle while in the mountains of the great state of Colorado. He is a Army Vet, History Buff, Telecom Engineer, Paranormal investigator and Bigfoot Researcher.